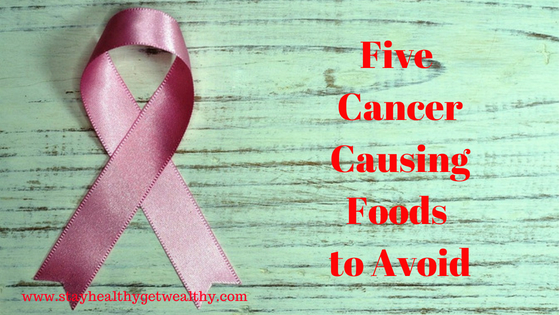 Most people are aware that unhealthy eating, especially over the long term, can be a risk factor for chronic diseases such as cancer. Although there’s no miracle food that can keep us away from the Big C, there are certain foods that we need to avoid. I call them the top 5 cancer-causing foods.

Cancer or the “Big C” refers to a group of diseases characterized mainly by the uncontrolled growth of abnormal cells in certain parts of the body. It begins as a result of some genetic changes that interfere with the orderly processes of cell growth and division.

When cancer cells divide, they form a mass called a “tumor,” which can either be malignant or benign. A benign tumor is not dangerous as it does not spread beyond the immediate area in which they arise. A malignant tumor spreads into the surrounding areas and to the different parts of the body and is said to be cancerous.

Although cancer may start almost anywhere in the human body, it can spread to the other parts of the body through the bloodstream or lymphatic system in a process called “metastasis.”

Note: Metastasis is defined as the spread of cancer cells from the place where they first formed to another part of the body. In metastasis, cancer cells break away from the original (primary) tumor, travel through the blood or lymph system, and form a new tumor in other organs or tissues of the body.

Did you know that half the cases of cancer diagnosed in the US are actually preventable by making healthy changes in lifestyle, especially diet habits? Although there is no specific diet that prevents cancer, there are ways to reduce your risk of developing certain cancers.

Eating well plays an important role not only in improving your health but also in reducing your cancer risk. So let’s take a look at the top 5 cancer-causing foods that you must avoid:

According to the IARC (International Agency for Research on Cancer) and the Cancer Agency of the World Health Organization (WHO), these popular meat products are classified under Group 1 Carcinogens, based on sufficient evidence that they cause colorectal cancer in humans. A report by the United Nations (UN) body also said that there is “sufficient evidence” to link processed meats to bowel cancer.

The health risk of processed foods has largely to do with two food additives: potassium nitrate (commonly known as “salpetre”) and sodium nitrite. It’s these additives that give salamis, bacon, and hams their alluring pink colors. As the meat cures, these additives are converted to nitrite, which in turn allows the bacteria responsible for the cured flavor to emerge quicker by inhibiting the growth of other bacteria. 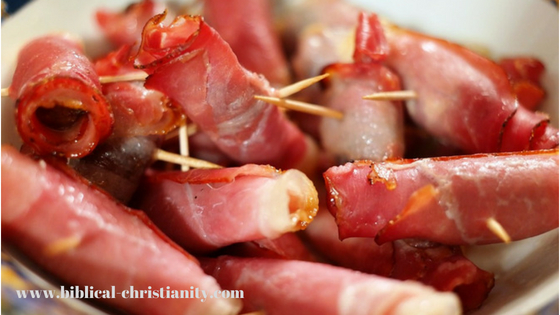 In and of themselves, potassium nitrate and sodium nitrite are not carcinogenic. After all, many green vegetables naturally contain nitrates. But when used in meat processing, they interact with certain components in red meats such as amines, amides, and heme iron, to form N-nitroso compounds (nitrosamine) which cause cancer.

Every time you eat ham, bacon, or other processed meats, your gut receives a dose of nitrosamines. These can damage the cells in the lining of the bowel and can lead to cancer.

The WHO said the consumption of 50 grams of processed meat a day, which is equivalent to just a couple of rashers of bacon or one hot dog, would raise the risk of bowel cancer by 18% over a lifetime. Of course, eating more raises your risk more!

Popcorn is a low-calorie, low-fat snack that is popular among health enthusiasts who are looking to lose a few pounds. It is indeed a healthy snack, even when topped with real butter, cheese, or a sprinkle of salt. But microwave popcorn is a different story. 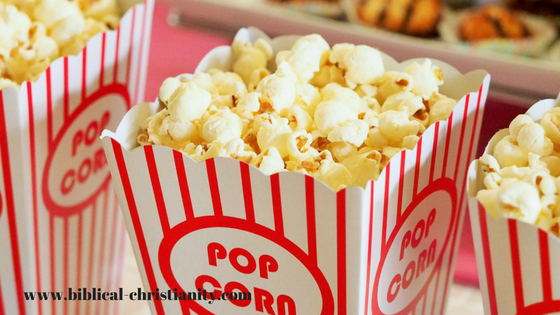 Eating microwave popcorn means ingesting these carcinogenic materials, which can cause health problems, from reproductive challenges to life-threatening cancers. The chemical diacetyl has also been linked to a rare form of lung disease.

According to Dr. Mehmet Oz, people who work in the factories have developed a problem called “popcorn lung” from inhaling the gases with the diacetyl in them. Dr. Oz added that people who make microwave popcorn frequently can also develop the same problems.

But if you really love popcorn, why not make your own popcorn and enjoy it without having to worry about developing any health problems. It’s as simple as putting organic corn kernels in a brown paper bag and laying it flat in the microwave for a few minutes and you’ll have the exact same product without all the dangerous chemicals. You can just sprinkle it with salt or top it with your favorite popcorn seasoning.

What makes these foods increase your risk for cancer is the chemical called “acrylamide” which naturally forms in starchy food products such as potatoes and cereal grains when cooked by frying, baking, and roasting. Acrylamide, when consumed orally, is absorbed from the gastrointestinal tract, distributed to all organs, and extensively metabolized. 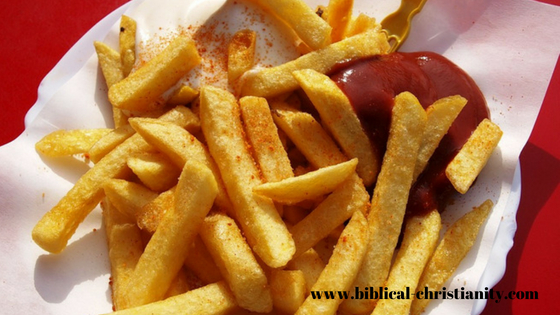 Although there are no conclusive studies to indicate that acrylamide can cause cancer in humans, the same way it does in lab animals that were ingested with high doses of the chemical, health agencies around the world are concerned and are calling for more study.

The FDA (Food and Drug Industry) has urged food manufacturers and processors to reduce the chemical when feasible, by decreasing frying temperatures, tweaking ingredients, and avoiding certain storage practices.

The FDA said that while it may not be possible to eliminate foods with acrylamide in your diet, you can actually reduce your exposure to the chemical by:

Staying healthy does not necessarily mean totally getting rid of sugar in your diet. Sugar is necessary for our health and all the cells in our body need it in order to function. But too much sugar, especially refined sugar found in table sugar, confectioners sugar, candies, cakes, and other baked goods, will increase the risk of several diseases such as cancer. 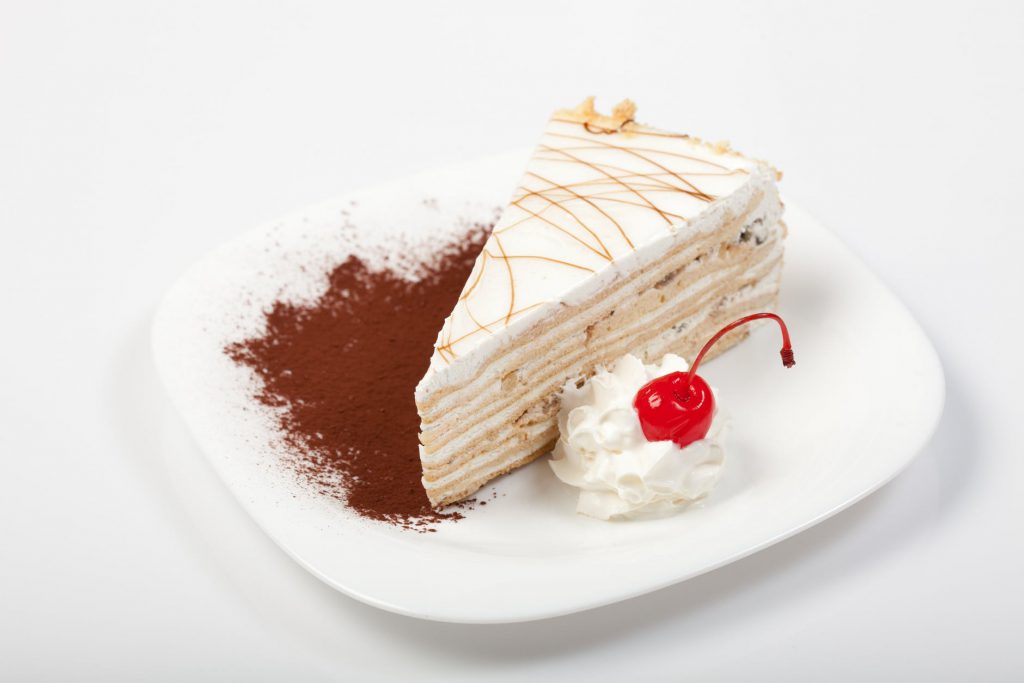 You have probably heard that cancer cells feed on sugar, making them grow more aggressively. The fact that tumors use sugars to feed themselves and increase in size was discovered by a Nobel laureate in medicine named Otto Warburg.

He figured out that cancer cells proliferate by thriving on fructose-rich sweeteners such as High Fructose Corn Syrup (found in any sweet you can think of). Cancer cells metabolize HFCS more quickly and easily than other sweeteners.

But being mindful of refined sugar intake does not mean you have to say goodbye to all desserts. The key is moderation. You may also opt for healthier desserts such as those made with natural sugars like honey or maple syrup. Frozen yogurt and dark chocolates are also great options.

You understand the health risks associated with eating freshly prepared foods, but do you ever stop to think about the possibility of the health problems that may arise as a result of consuming preserved foods?

Some studies conducted within the last couple of years have actually shown possible links between canned foods and escalated cancer risks. This is due to the harmful levels of “Bisphenol A” (BPA) that are found to be present in a variety of widely consumed can goods, such as baked beans, soup, and tomatoes, evaporated milk, and cans of alcoholic and fizzy drinks.

Bisphenol A is a man-made industrial chemical used to make plastics for food and drinks packaging, water and milk bottles, microwave ovenware, and other kitchen utensils. It is also used to make the epoxy resins that line cans of foods to form a barrier between the metal and the food and prevent bacterial contamination.

The problem with BPA is that it is a toxic chemical that can leach from the resin and makes its way into the food it contains. This is alarming as regular consumption of canned foods can actually result in various conditions ranging from breast cancer and prostate cancer, brain cancer, infertility, obesity, and attention deficit hyperactivity disorder.

Since consumers have no way of assessing PBA levels just by looking at cans on supermarket shelves, and until the chemical is removed from all food packaging, experts suggest that shoppers and consumers should opt for fresh or frozen foods. They can also buy products in glass or tetra pack packaging to avoid possible exposure to this toxic chemical.

Although eating the right foods and getting enough exercise is not a guarantee that people will remain cancer-free throughout their entire lives, it is possible to reduce the risk of ever getting cancer by over 50% by simply adopting the right health and wellness habits.

And since many of the most common and deadly types of cancers are related to the gastrointestinal system, consuming the right foods and making the best nutritional choices can modify your risk of getting these sorts of cancers.