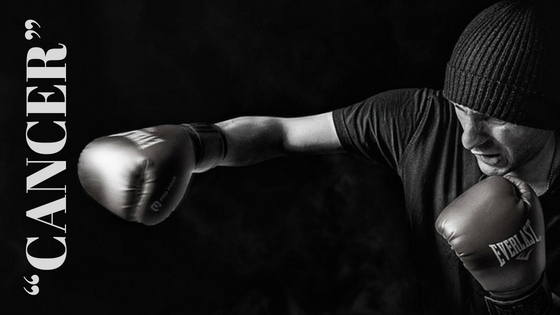 According to the American Cancer Society and the American Institute for Cancer Research, more than 30% of cancer can be prevented through increased physical activity and a healthy diet; and greater than 50% of cancer and cancer-related deaths could be avoided. In other words, no doubt diet plays a major role in cancer prevention.

In my previous article, I named the top 5 cancer-causing foods to avoid in order to reduce the risk of getting cancer. What then should you eat? Here are the 10 best cancer-fighting foods that everyone should include in their diets if they want to reduce their risk of ever getting cancer.

These are a diverse group of vegetables belonging to the Brassicaceae or Cruciferae family. The term cruciferous comes from the new Latin word “Cruciferae,” which means “cross-bearing,” from the shape of their flowers that resemble a cross. The most common cruciferous vegetables include broccoli, cauliflower, cabbage, kale, bok choy, watercress, and horseradish. 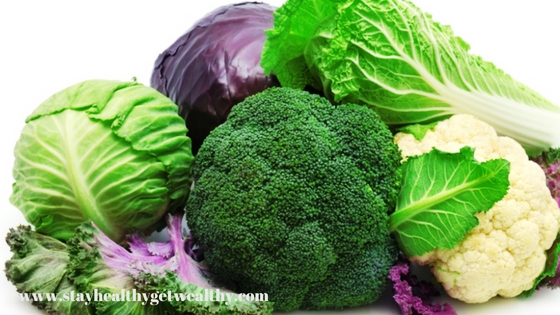 Other than having low-calorie contents, cruciferous veggies are also rich in Vitamins A, C, and K. But more importantly, they are packed with a group of potent cancer-fighting substances known as glucosinolates. During digestion, the glucosinolates in cruciferous vegetables are broken down into biologically active compounds such as indoles and isothiocyanates, which have been found to ward off cancer.

Other than being excellent sources of fiber and folate, Romaine lettuce, spinach, mustard greens, collard greens, Swiss chard, and chicory contain beta-carotene as well as a wide range of carotenoids (lutein, zeaxanthin, saponins, and flavonoids) that prevent cancer by acting as antioxidants. 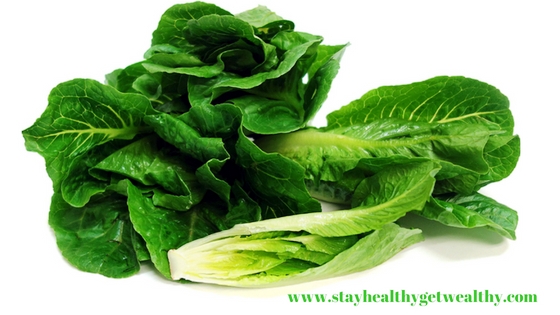 Citrus fruits such as oranges, tangerines, lemons, and grapefruit are abundant in antioxidants called flavonoids, which have been shown to have cancer-fighting properties. Several research studies revealed that the two flavonoids, nobiletin and ascorbic acid (commonly known as Vitamin C) in citrus fruits not only inhibit the proliferation of cancer cells; they also suppress the growth of tumor blood vessels. 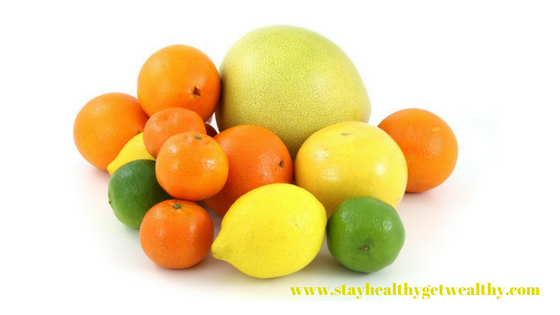 Did you know that the antioxidant lycopene, which is responsible for the red color of tomatoes, was found to be more powerful than beta-carotene, alpha-carotene, and vitamin A? Lycopene is an excellent cancer-fighting food associated with protection against prostate and lung cancer. Tomatoes are also the best sources of Vitamins A, C, and E which are all enemies of cancer-friendly free radicals. 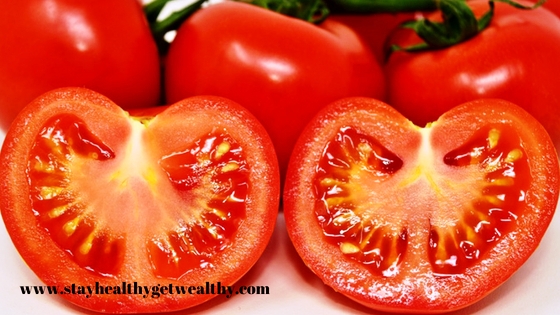 Green tea has been found to be rich in polyphenols, particularly epigallocatechin-3-gallate (EGCG), which do not only stop cancer cells from proliferating, they also seem to inhibit tumor development. Polyphenols in green tea have been shown to inhibit angiogenesis and tumor cell invasiveness. 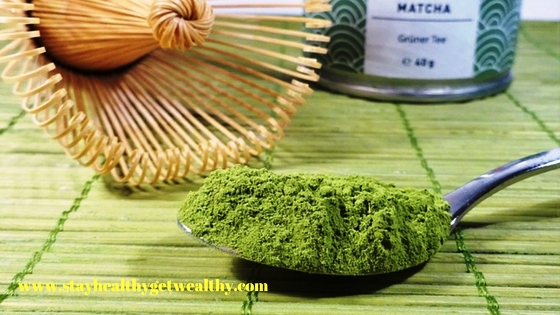 Ginger is at the top of the list of effective home remedies because it has been proven to have incredible healing power for a host of ailments. Not only is ginger shown to treat countless problems such as an upset stomach, but it is also considered to be a powerful cancer prevention arsenal. 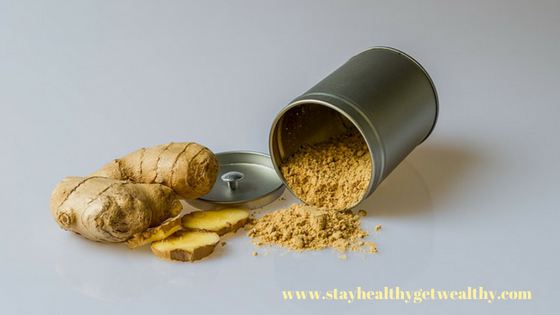 Fresh ginger contains gingerol while dried ginger forms zingerone. These two compounds are thought to have antioxidant and anti-inflammatory properties which help prevent any carcinogenic activities in the colon that can lead to colorectal cancer. Ginger is also known to protect against skin, ovarian, gastric, and pancreatic cancers.

Do you know that you can actually decrease your risk of developing certain cancers such as breast, stomach, and colorectal cancers by as much as 12 % just by adding garlic to every dish you prepare? Garlic may very well be the most powerful anti-cancer food on the planet. 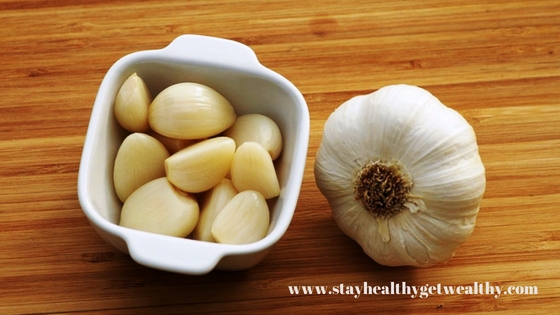 The anti-cancer effect of garlic is attributed to its high content of organosulfur compounds and phytochemicals such as flavonoids, saponins, and inulin. These compounds in garlic block the formation of powerful carcinogens called nitrosamines, which may be formed during the digestion of food. Several lab studies also show that garlic compounds help with DNA repair, slow the growth of cancer cells, and decrease inflammation.

There is growing evidence that eating large amounts of walnuts, almonds, and peanuts can reduce the risk of developing several types of cancer such as breast, ovarian, pancreatic, and colorectal cancer. Accordingly, eating a handful (approximately 20 grams) of nuts or seeds a day, particularly walnuts, pecans, and sunflower seeds, can slash your risk of cancer by 15%. 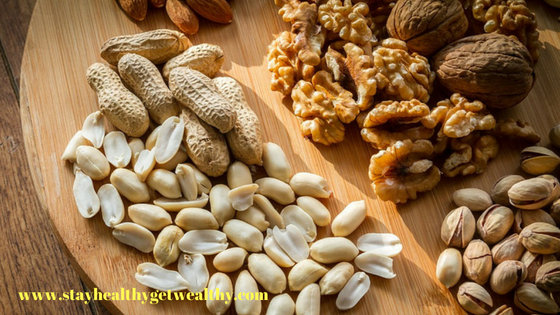 Nuts, in general, are rich in a variety of nutrients and phytochemicals that collaborate and interact to prevent, fight and slow down the progression of cancer, particularly breast and colorectal cancer. Such nutrients include polyphenols in walnuts, dietary fiber and Vitamin E in almonds and walnuts, and resveratrol and quercetin in pine nuts.

Berries are said to be among the most beneficial fruits to eat for cancer prevention because they not only help to prevent cell damage that precedes cancer; they also appear to affect genes that are associated with the growth of cancer. This is due to the phytochemicals ellagic acid and anthocyanin. Ellagic acid slows down the division of cancer cells and along with anthocyanin, they work together as scavengers to bind cancer-causing chemicals in the body. 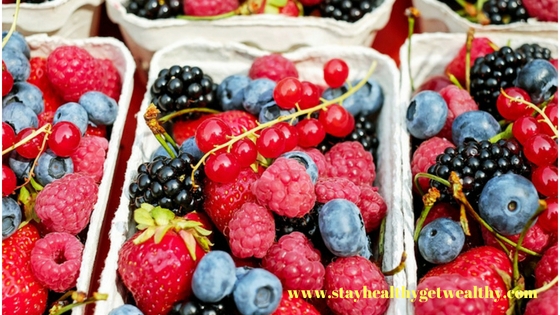 Dr. Gary Stoner who has been studying the potential of berries for cancer prevention for more than two decades found that a diet of freeze-dried strawberries or black raspberries can inhibit esophageal and colon cancer. As a result of this study, Stoner suggests eating 4-5 servings of fresh or unsweetened frozen berries per week. You may add these to your yogurt, cereal, smoothies, or muffin.

It was established several years ago that eating beans such as kidney beans, garbanzo beans, black beans, and pinto beans, significantly lowers the risk of cancer. The cancer-fighting properties of beans are due to their high content of selenium and phytochemicals that prevent inflammation and thus the growth of cancer cells. There are three types of phytochemicals found in beans namely:

1) Protease inhibitors – they release proteases that destroy the nearby cells to help prevent tumors; they also slow down the growth of tumors.

2) Saponins – are found to have the ability to constrain the generation of cancer cells.

3) Phytic acid –  slows down the progression of tumors 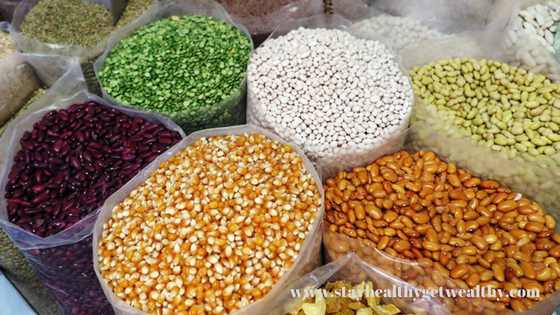 Some say that the link between cancer and good nutrition is just as mysterious as the disease itself. However, several research studies seem to point toward specific foods that may help prevent and lower the risk of getting certain types of cancer.

Although there may be many factors you can’t change that increase your cancer risks, such as genetics and environment, there are others you can control and do something about. In fact, research suggests that 70% of your lifetime risk of cancer is within your power to change, including your diet.

Avoiding foods that increase the risk of cancer and eating more of those that support your immune system, such as those mentioned above, can boost your ability to fight off cancer and other diseases.