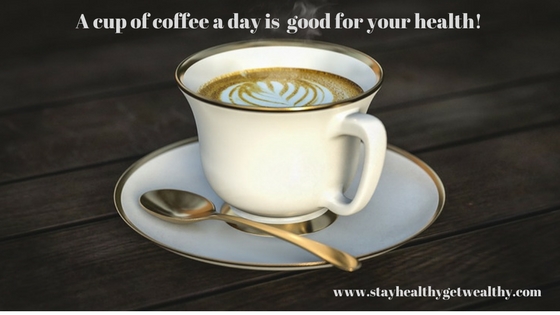 Have you been told to stop drinking coffee if you want to stay healthy? While most people say that coffee is bad for your health, the latest scientific research actually shows that coffee does have some major positive effects on your overall health.

In this article, I will be sharing the health benefits of drinking coffee every day.

A Daily Dose of Coffee

I am not addicted to coffee and I do not intend to be, but I indulge myself with a cup of coffee every day. For someone who is trying to practice a healthy lifestyle, I am cautious about consuming too much caffeine because I know that it is bad for their health. And that is why after two to three months of drinking a cup of coffee daily I break away from this habit for about a month and go for milk.

Everything changed when I found out that there are actually quite a number of health benefits of drinking coffee every day. Other than helping me boost my mood and energy, a cup of coffee a day can give me (and you) the following health benefits. 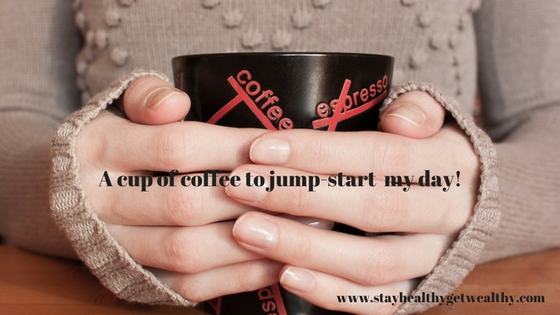 A. Drinking coffee can help you lose weight.

Did you know that you can drop ten pounds just by drinking your favorite coffee? A recent scientific study shows that drinking eight ounces of coffee can boost your metabolism by as much as 4 percent over two and a half hours. That is because the caffeine that is present in coffee stimulates the nervous system, which sends direct signals to the fat cells telling them to break down fat.

Caffeine also helps to mobilize fat from the fat tissues, making it available for use as free fatty acids in the blood by increasing the level of the hormone Epinephrine in the blood, known as Adrenaline. This hormone travels through the blood, to the fat tissues and sends signals to break down fats and release them into the blood. 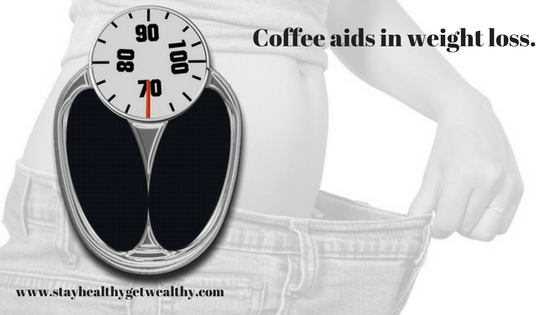 But while caffeine is successful in boosting metabolism and aiding in weight loss, it can also hinder your efforts and will instead make you gain weight. That is if you’re getting your caffeine from high-calorie coffee beverages or energy drinks. So try sticking to black coffee.

B. Coffee is a good source of antioxidants.

Are you aware that coffee is loaded with several powerful antioxidants such as Chlorogenic Acid (CGA), Trigonelline, Quinine, Cafestol, and Polyphenol among others? Both caffeinated and decaffeinated coffee emerged as the biggest source of antioxidants.

Other than helping the body get rid of free radicals and destructive molecules that could potentially damage cells and DNA, antioxidants have been linked to a number of health benefits that include protection against cancer and heart disease. 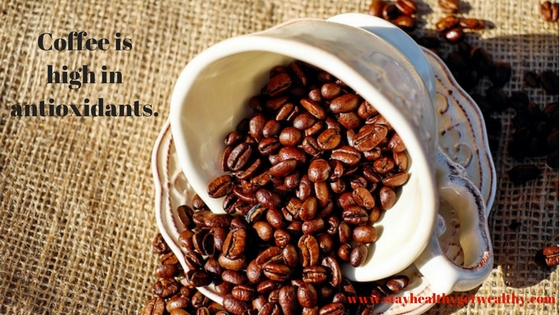 Furthermore, a number of research studies suggest that coffee consumption can significantly lower the risk of Type Two Diabetes, Parkinson’s disease, and Alzheimer’s disease and can reduce the risk of liver, skin, and colon cancer. In one study, coffee is also found to be helpful in dealing with stress and avoiding depression and suicidal thoughts in women.

Did you know that drinking coffee is linked to a reduced rate of heart failure, stroke, and coronary heart disease? This information was discovered by some researchers from the University of Colorado while looking over data from the Framingham Heart Study that looked into the eating patterns and cardiovascular health of around 15,000 Americans since the 1940s.

If you’re a coffee-lover, you should drink up. If not, then maybe it’s time to start, because drinking around three cups of coffee a day has been linked to a lower risk of death from any cause and thereby adds years to your life. 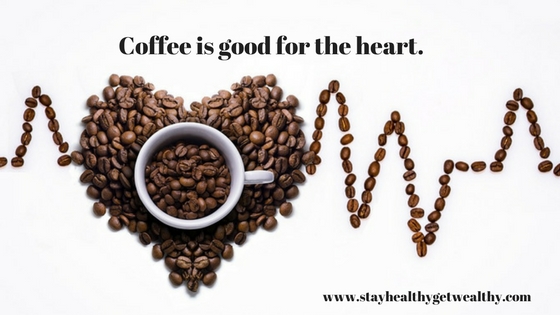 After analyzing a data on the health and coffee-drinking habits of more than half a million people from European countries, researchers from Imperial College London (ICL) and the International Agency for Research on Cancer (IARC), found that men who drank at least three cups of coffee a day were 18% less likely to die from any cause than non-coffee drinkers.

How much coffee should you consume every day?

Anything in excess is bad. But how much caffeine is too much? According to the Food and Drug Administration (FDA) and the International Food Information Council (IFIC), up to 400 milligrams of caffeine per day is safe for most healthy adults, which amounts to around 4 cups of coffee a day. 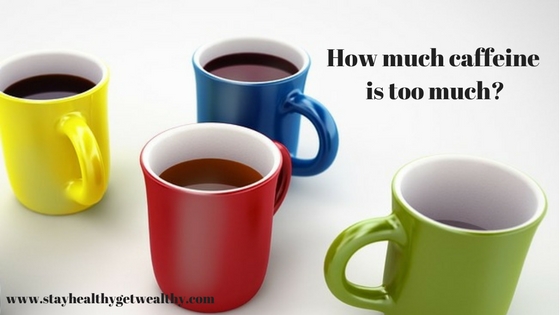 Although coffee has been found to be beneficial to health, it is important to point out that drinking more coffee means consuming more caffeine. And ingesting too much caffeine in a day may cause dizziness, restlessness, irritability, insomnia, upset stomach, anxiety, and unstable heartbeat.

So even if you are consuming only up to 4 cups a day, as soon as you experience any of the above-mentioned conditions, you should immediately cut down on the number of cups per day because there is a chance that you are sensitive to too much caffeine.

Should you start drinking coffee if you’re not a coffee-lover or have never had a sip? That all depends on you because even if coffee may offer some health benefits, it’s still important that you listen to your body. There are some people who feel fantastic after drinking a strong cup of coffee. But there are also those who feel jittery and are left with an upset stomach after drinking half a cup.

The health benefits of coffee are mainly due to the caffeine and antioxidants that are present in them. So if you’re not a coffee lover and you do not like the taste of coffee, but would still like to take advantage of its health benefits, there are great sources of caffeine and antioxidants other than coffee, such as dark chocolates, matcha tea, berries, kidney beans, and pecans.

But if you enjoy coffee every day and depend on it to set your mood for the day, you should by all means drink up. Just know that coffee when taken in excess also have some negative side effects; the most common of which are interfering with sleep and increased palpitations.

Are you a coffee lover? Are you addicted to coffee? How many cups of coffee do you drink each day?

Please share your thoughts by leaving your comments below.

10 thoughts on “The Health Benefits of Drinking Coffee Everyday”