How is Money the Root of All Evil? 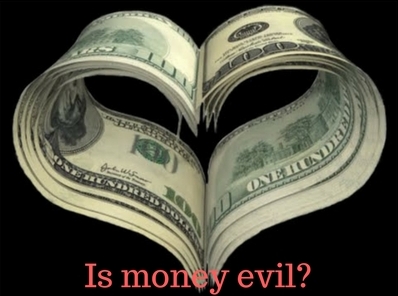 When it comes to the topic of money, wealth, and riches, many people especially Christians shy away from it. They think that just talking about money makes you greedy and worldly because we’re supposed to focus our energy helping others, loving one another, and sharing the Gospel.

What Does the Bible Say?

The Apostle Paul in his first letter to his young disciple Timothy warns him about greed. Paul reminds Timothy how the love of money can lead someone to do evil things and in the end turn away from their faith in God. (1 Timothy 6:10 “For the love of money is a root of all kinds of evil, for which some have strayed from the faith in their greediness, and pierced themselves through with many sorrows.”)

Do you know that this verse is one of the most misquoted passages of Scriptures as it seems to make money and wealth the source or root of all evil? But reflecting on the correct citation of this verse, we see that the love of money,  not money itself, is the root of all evil. 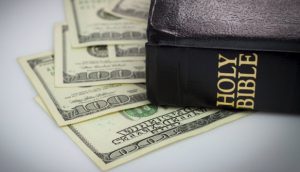 Jesus likens the love of money to idolatry. Anything that we love more than God and takes first place in our lives more than Him is an idol and we become guilty of breaking the first commandment of not having other gods than the true living God. (Exodus 20:3 “You shall have no other gods before Me.”)

But Jesus’ encounter with the rich young ruler in Matthew 19:16-30 is one of the most memorable conversations He had about money. When the young man asked Jesus what he must do to inherit eternal life, He tells him to follow all the commandments. When the man tells Jesus that he has done all that, Jesus wants to test his ability to obey the first commandment by telling him to sell all his possessions and give to the poor and follow Him.

But the young man, having so much wealth, couldn’t do it because his wealth has become his idol. (Matthew 19:21-22 Jesus said to him, “If you want to be perfect, go, sell what you have and give to the poor, and you will have treasure in heaven; and come, follow Me.” But when the young man heard that saying, he went away sorrowful, for he had great possessions.)

Should You Aim to Become Rich? 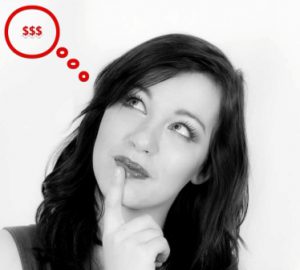 We cannot deny the fact that some people do very bad things in pursuit of money and many people value the things that money can buy more than they should. People who hold to the belief that they cannot survive without money condition their mind from early childhood to gain wealth by whatever means possible.

And this obsession for wealth has resulted in various forms of evils such as stealing, kidnapping, and illegal use of drugs.

There’s nothing wrong with wanting to have a more comfortable life but you should not use unethical means to accumulate money. Because when you begin to focus on the accumulation of wealth as the highest purpose in your life, you will have the tendency to put other virtues below it.

In simpler terms, you will value wealth accumulation over the welfare of others.  How you use money is a reflection of what you are and what you value.

Money itself is not evil. There is nothing wrong with money or the possession of money. It is simply a medium of exchange. People trade money for food, housing, or other things. Money can be used to build orphanages, hospitals, and universities, to feed the poor, educate people in righteousness, and preach the gospel. Don’t you want to have plenty so you have something more to share?

Again, money itself is neither good nor evil. Having money and riches is not evil. Earning money isn’t evil. But when we let money control us and we start loving money more than God, then we’re in trouble.

In Money Won’t Make You Rich, Sunday Adelaja gives a comprehensive guide to successful living God’s way. Combining biblical truth, financial advice, and his own life experiences, he explains such topics as financial freedom, the true meaning of prosperity, the secret of success and four principles of continuous success, three laws to making your money work, and the core reason for financial failure

Money does not make us rich, it will not make us happy. By learning the important principles about wealth creation in this book, you will no longer be enslaved by money and you will learn to make money work for you and not against us.

14 thoughts on “How is Money the Root of All Evil?”